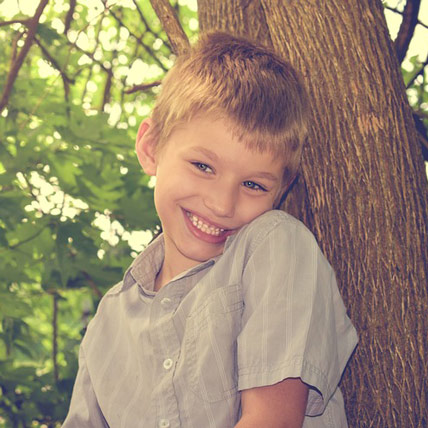 Autism in children is an important subject of current study. It is often in the news as scientists and medical researchers discuss their work hoping to find its source. Osteopathy can provide enormous help in understanding and dealing with this disorder in children. This article is provided to give an osteopathic perspective to parents about the causes of autism and treatment possibilities for their autistic children.

Statistics indicate that the number of reported cases of autism is increasing in the United States. In the past 10 years, according to the California Department of Developmental Services (CDDS), there was a nearly 1000% increase in cases. Last year the department reported a 31% increase from 2001 to 2002. In the last 12 months the CDDS reported nearly 3,577 new cases of severe autism in California. Worldwide statistics show similar increases.

Mainstream medicine offers few, if any, solutions for children with autism or their families. Many medical practitioners still consider it a psychiatric disorder, a form of mental illness caused by cold, uncaring parents whom they term “refrigerator mothers.” In the past they believed it was a type of infantile schizophrenia and treated these children with shock therapy, isolation, and extremely potent antipsychotic medications such as Respirodol and Prozac. These forms of treatments sedate the patient without treating the underlying problems.

Major medical universities spend millions of dollars each year looking for genetic causes of autism but there is much data suggesting environmental causes. Certainly, autism may have a genetic component; however, the sharp rise in the number of cases suggests that genetic factors are not the sole or even major cause of this condition. In genetic diseases, the number of cases stays constant from year to year with only minor variations. With a 1000% increase in 10 years or a 32% increase in cases over one year, the evidence for genetics as a primary cause of autism is weak.

At the Children’s HOPE Center we take a comprehensive approach in treating autism. We look at the biomedical, structural, environmental causes leading to the child’s symptoms. This may include comprehensive biomedical, genetic, and metabolic testing to ascertain how the child’s body is functioning. We may need to examine the microbiome and the effect of candida and bad bacteria on digestive function. In addition certain dietary approaches and nutritional supplementation may be indicated.

Research has found that these strains in a child’s cranium or skull often experienced at birth can alter the soft tissue around the skull which can change blood flow patterns to the brain itself. These changes have been correlated with increased risk of neurological dysfunction such as autism and cerebral palsy. These blood flow changes are called hypoperfusion. Studies with Positron Emission Tomography (PET) have consistently shown hypoperfusion in the brains of children with autism. The symptoms can vary depending on the area of hypoperfusion. For example, hypoperfusion to the temporal lobes is associed with the desire for sameness and impairments in social interaction. Whereas, if the an area called the amygdala is involved than facial recognition is impaired. Gentle manipulation by a physician trained in cranial osteopathy can significantly improve the symptoms in children with these problems. In a 3-year study of 286 children, Dr. Frymann demonstrated that osteopathic treatment improved sensory, intellectual, and motor performance in children with neurological problems. Research conducted at Michigan State University further corroborated these findings. Therefore, Osteopathic Craniosacral Treatment is often indicated for these children. Studies with transcranial low level light therapy has also been shown to increase perfusion to the brain so this therapy is sometimes recommended or used during treatment.

Lastly, many children with autism and other neurological issues, have abnormal reactions to normal sensory stimuli. They may cover their ears when exposed to loud noises or high frequency sounds sound. They may become bothered by tags on their clothing. They may have never crawled. Often times these are improved by eliminating persistent primitive reflexes. Sound therapy, low level light therapy, and brain integration therapy may be beneficial. All of these are done at the Children’s HOPE Center.